Go Travel Tajikistan - all the most interesting about Tajikistan
10.01.2020 admin 5658Views 0Comments 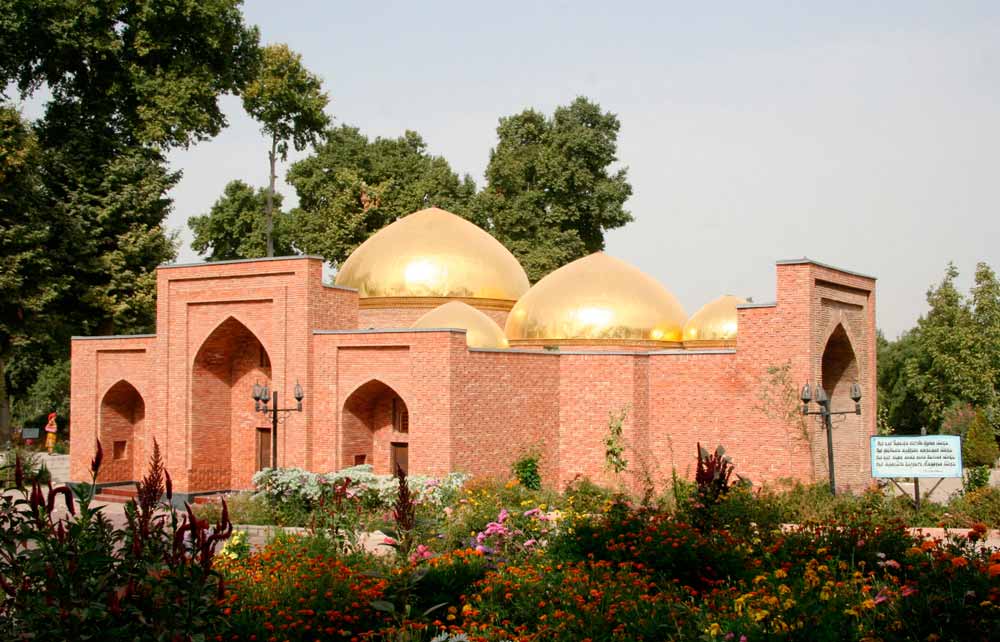 The memorial complex of Mir Sayyid Ali Hamadoni, a poet, philosopher and thinker of the XIV century, is located right in the center of Kulyab, in a Park area planted with centuries – old plane trees. His son Muhammad, numerous relatives, as well as the former caretaker of the mausoleum and mosque under him, Sheikh Shohi Tolikoni from the Afghan city of Tolukan, are buried here. The mausoleum building is a traditional medieval building. Originally it had three portal entrances with a domed hall decorated with carved decor. This building dates from the end of the XIV century. Later, a mosque and a tomb were added to it.

In the 70s of the last century, the mausoleum was restored. At the same time, the masters sought to preserve the appearance of the mausoleum as it was during all five centuries. And they succeeded. Next to the mausoleum is another marble tombstone with inscriptions in Arabic and Persian, decorated with geometric ornaments. On the Western side of the tombstone it is written that the son of the ruler of Khatlon – Amir Muhammad bin Shaikh Abdullah-is buried here. The tombstone itself, rectangular in shape, weighs about a ton. According to legend, he was brought to Kulyab from India on elephants. Nowadays, the mausoleum is a place of pilgrimage for the local population and numerous visitors.