Go Travel Tajikistan - all the most interesting about Tajikistan
10.01.2020 admin 6082Views 0Comments 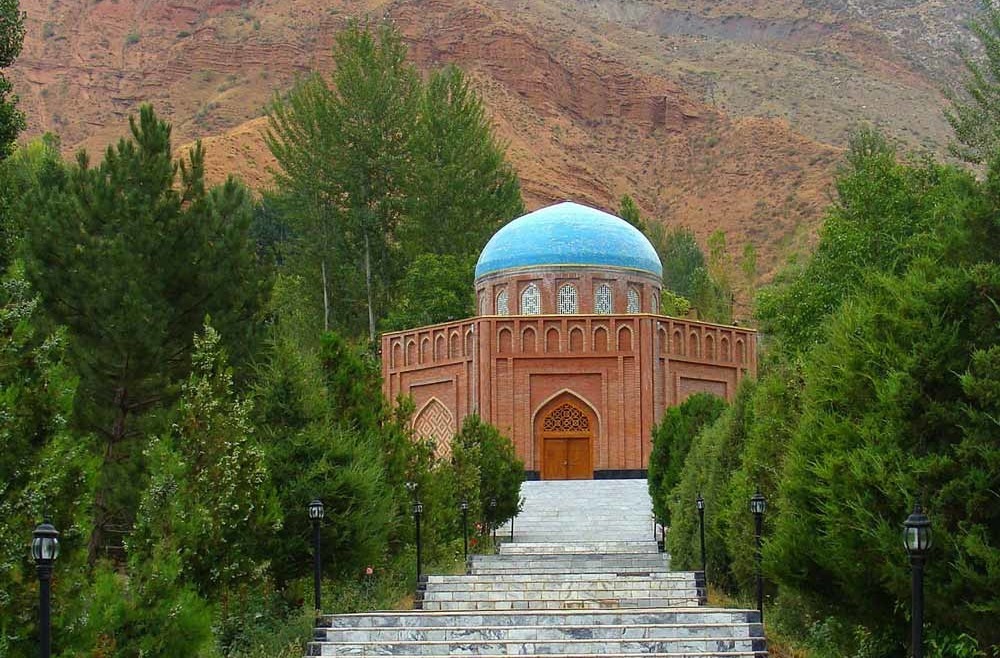 The Rudaki mausoleum (the Taj. Oromgoҳi Rдdakӣ) – mausoleum of the famous poet, writer and scientist, founder of Tajik-Persian literature — Rudaki (858-941). One of the most famous and popular attractions of the country.

The poet, the founder of classical Tajik poetry Abu-Abdullo Rudaki lived in the late IX-early X centuries, during the reign of the Samanid dynasty. He wrote his famous odes and ghazals in dari (the Tajik language of the time), but using the Arabic alphabet. The talented singer and musician (Rudaki played the Changa, a harp-type instrument) was invited by Nasr II bin Ahmad Samanid (914-943) to Bukhara, where he spent most of his life until he lost high patronage in 937.

The poet spent the last days of his life in poverty and died in 941 in his native village of panjrud, near the town of Panjikent. The word panjrud in Tajik means “five streams” (“Panj” – five, “Rood” – stream).

In 1940, Bobojon Gafurov and Sadriddin Aini established the exact burial place of Rudaki on the basis of written sources. 15 years later, in 1956, with the participation of anthropologist Mikhail Gerasimov, literary critic Rasul Amonov and archaeologist Vasily Ranov, the grave with the remains of Rudaki was opened. Gerasimov managed to restore his real portrait from the poet’s skull and create a bronze bust of the poet.

On the day of the 1100th anniversary of Rudaki, on October 17, 1958, the opening ceremony of the mausoleum was held in the village of panjrud. As indicated, the mausoleum was erected exactly on the spot where archaeologists found his remains.