Go Travel Tajikistan - all the most interesting about Tajikistan
11.01.2020 admin 8880Views 0Comments 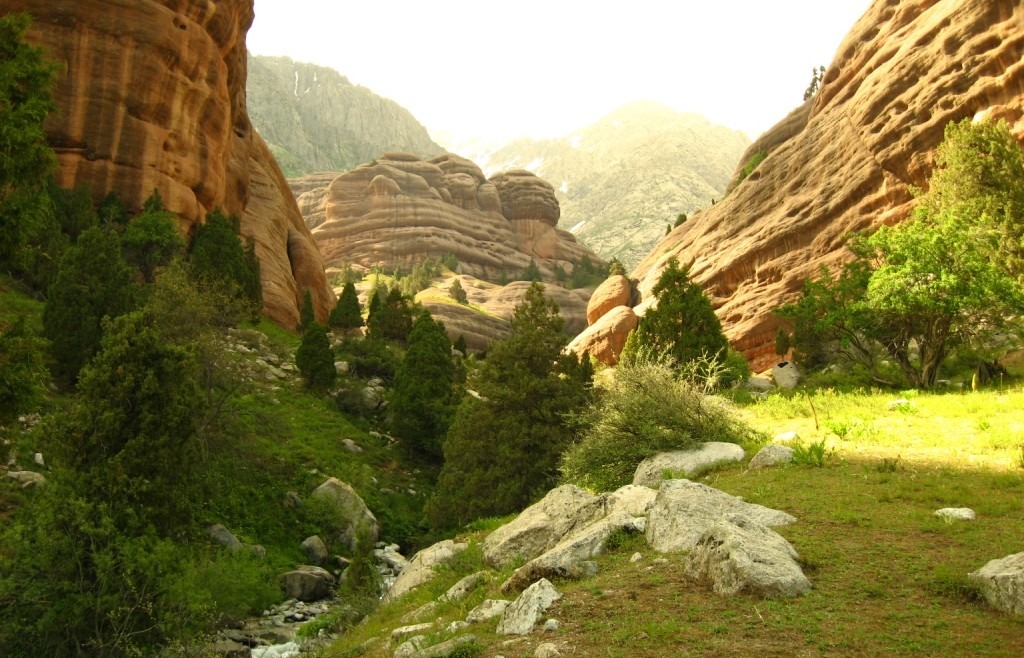 Shirkent historical and natural Park is a national Park of Tajikistan, located on the territory of tursunzadev district, in the basin of the river of the same name, on the southern slopes of the Hissar ridge.

Shirkent historical and natural Park was organized on may 21, 1991 By the decision of tursunzadev city Executive Committee in order to preserve the gene pool of unique fauna and flora, cultural values, as well as for the organization of ecological tourism.

The most significant in this series are three different age locations of dinosaur footprints, with a total number of footprints of extinct lizards more than 400. Among the rare are also fossil traces of drilling of stone cutters and giant signs of wave ripples, cracks of drying of sea silt and relics of weathering crust in sections of the Mesozoic. Within the Shirkent barrier, very peculiar and picturesque forms of sculptural (ruin) relief are widely represented.